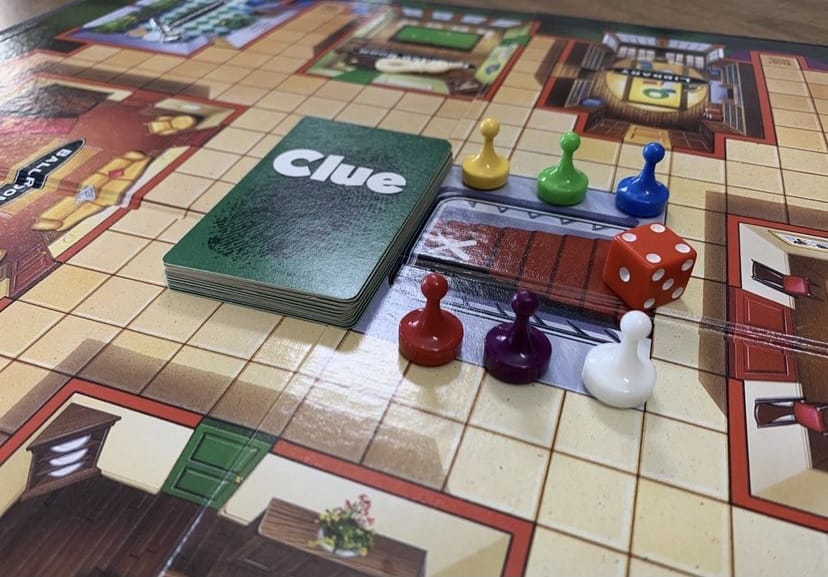 Clue, commonly called Cluedo, is a well-known board game that has delighted players for ages. Anthony E. Pratt invented the game in 1949; since then, families and friends have enjoyed playing it together. By gathering information and eliminating suspects, the game’s goal is to identify the killer, the murder weapon, and the crime’s location. We’ll teach you everything you need to know when it comes to how to play clue.

The game board depicts a mansion with multiple enclosures, each representing a different hue. The board also features areas for the placement of the rooms, weapons, and characters. To solve the mystery, the players assume the roles of many characters, each with unique skills.

This guide will give you a step-by-step walkthrough of the game setup, gameplay, and winning methods. We will provide you with the information and abilities required to conquer the game of Clue, regardless of whether you are a novice or an experienced player.

How to Setup Clue

Set up the game board and prepare the pieces before playing Clue. Here is a detailed explanation of how to achieve that:

You can now begin playing Clue since the game has been set up and is ready to play. If you need any explanation of the setup, you can always refer to the instruction manual provided with the game.

How to Play Clue

It’s time to start playing Clue! The gameplay consists of the following:

Note: Depending on the version of the game you own, the game’s gameplay may differ. For additional information, always refer to the game’s instructions.

To reduce the number of potential solutions, you’ll need to acquire information as you play the game, make educated assumptions, and rule out suspects. Use the methods and advice offered in this guide to improve your chances of winning the game.

How to Win Clue

Being the first player to identify the killer, the murder weapon, and the murder’s location is the game’s final objective. Here are some tactics and advice to aid in game victory:

Gather proof: Keep a record of the cards that have been shown to you and the cards that other players have revealed. This will assist you in removing potential suspects, weapons, and rooms that can’t contain the murder’s motive.

Apply the method of elimination: You can reduce the alternatives and come up with a more solid accusation by eliminating potential suspects, weapons, and rooms that can’t be the answer.

Make shrewd assumptions: Make a note of the cards you have seen and the ones you haven’t; this will enable you to make more accurate suggestions and charges.

Observe other participants: Take note of the suggestions and charges other players make and the cards they have in their hands. This can assist you in ruling out suspects or weapons while providing hints about what cards they might be holding.

Limit your disclosures: Don’t divulge too much information about what you know to other players, and keep your cards close to your chest. This will boost your chances of making the correct accusation and make it more challenging for them to get rid of any suspects or weapons.

Utilize character abilities: Each character in the game has a particular skill, such as entering a specific room or offering an additional recommendation. Make the most of your character’s capacity to gather information and facilitate intelligent guesses.

Keep calm: The game of Clue requires patience and deduction. Take your time to gather information and rule out suspects before making an accusation. Your chances of making the correct accusation and winning the game will increase if you are patient.

Using these methods and advice, you’ll improve your chances of winning the game of Clue. Remember that gathering information, making intelligent predictions, and using the process of elimination to eliminate options can help you succeed.

Clue is a traditional board game that has delighted players for countless generations. It’s critical to remember that Clue requires patience and deduction. Spend time gathering information, making reasonable estimates, and using the elimination method to reduce the options. You’ll improve your chances of making the proper allegation and winning the game using the techniques and advice in this manual.

Consider browsing online for forums or videos devoted to the game of Clue if you’re looking for more tools to help you play better, or try playing with various sets of players to pick up new tactics.

We invite you to play the game and tell your loved ones about your experience. Players of all ages and skill levels can enjoy the game Clue, which will keep them entertained for hours.