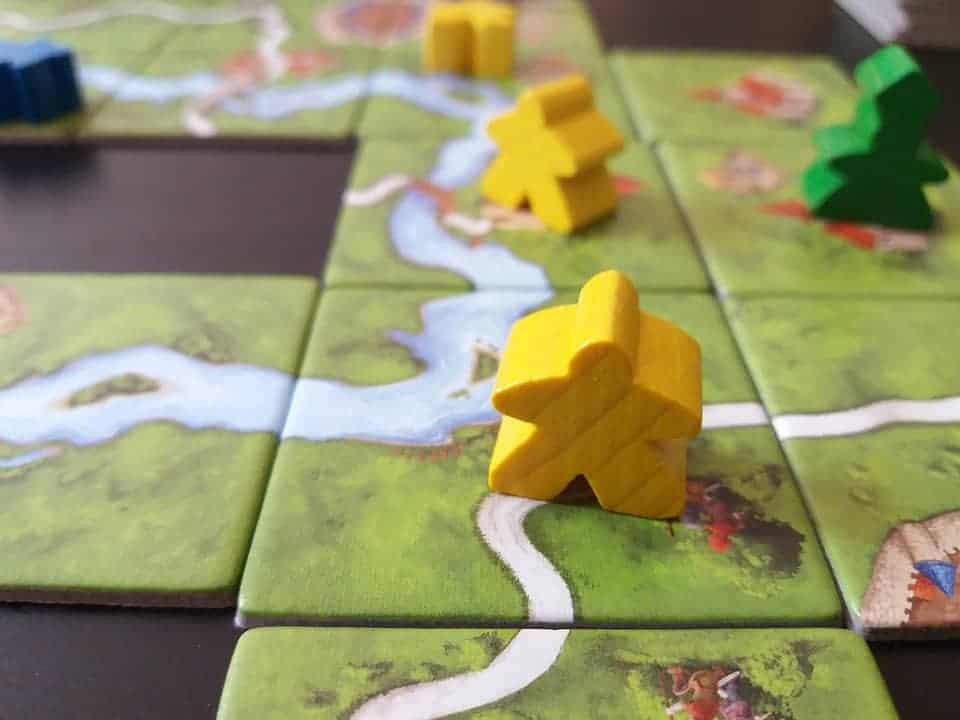 When it comes to board games, there are tons of games to choose from. The list can be a bit overwhelming! We understand that sometimes players may be looking for board games or card games that can be picked up and played quickly. Therefore, we narrowed down the top board games that are easy to learn and play in under an hour.

Our list of board games that are easy to learn and play in under an hour consist of:

This list is in no necessary order, so feel free to choose a game or two that stand out to you! We’ll go into more detail below about these board games and why they are easy to learn and fun to play. We even threw in some card games in case you are more of a card gamer. Keep in mind, all of these games can also be played in under an hour!

King of Tokyo is a great board game that is easy to learn and fun to play! The name does a great job of explaining the premise of the board game, as each player must fight to become the one and only King of Tokyo. Also, if you love mutant monsters, gigantic robots, and strange aliens, then you will sure love this game! You will get to play as one of these monsters, robots, or aliens.

Gameplay consists of rolling six dice, with symbols showing a 1, 2, or 3 Victory Points, Energy, Heal, or Attack. Players then must decide to keep or discard each die in order to win victory points, gain energy, restore health, or attack other players. Remember, you are working towards being the one and only King of Tokyo.

In order to win the game, one must either destroy Tokyo by accumulating 20 victory points, or be the only surviving monster once the fighting has ended. King of Tokyo is pretty simple to play game for 2-6 players that can be played in about 30 minutes.

Dominion is a board game for 2-4 players that can be played in 30 minutes. It has made our list because it’s easy to learn and fun to play!

When playing Dominion, each player starts with an identical deck of cards. Another set of card are placed in the center of the table. These card consist of card that player can “purchase” as they are able to afford them throughout the game.

Players must construct their own deck of cards on the fly through they selection of cards to buy, and the way the play their hands as they draw cards. The goal is to create the most efficient path to victory points before the game ends.

The game comes with 500 cards! You select 10 of the 25 Kingdom card types to include in any given play—leading to immense variety. Play your cards right and you just might be victorious!

Lost Legacy is an official spin-off of the popular game “Love Letter and includes two sets of 16 cards: The Starship and Flying Garden. Players can use one set or the other or combine them in various ways to alter the powers available in the game.

It’s a game of risk, deduction, and luck. You start the game with one card in hand from a deck of sixteen cards. On a turn, you draw the tip card from the deck and add it to your hand, choose one of the two cards in hand and place it face up in front of you, and then carry out the played card’s effect.

The game ends when there are no cards left in the deck and the investigation phase begins. Players take turns guessing which player holds the “Lost Legacy” card. Whoever guesses correctly, wins! If no-one finds the Lost Legacy, then everyone loses.

We love this game because it is quick to play and easy to learn.

We love Carcassonne! It’s a simple tile-placement game for 2-5 players that can be played in about 30 to 45 minutes. In Carcassonne, the goal is to build out the biggest and best landscapes and gain the most victory points.

Players draw and place a tile with a piece of southern landscape on it. These landscape tiles may feature a city, a road, a cloister, grassland or some combination. Tiles must be placed adjacent to tiles that have already been played, in such a way that cities are connected to cities, roads to roads, and so on.

Once a tile is placed, the player who placed the tile can then decide to place one of their meeples on one of the areas on it: on the city as a knight, on the road as a robber, on a cloister as a monk, or on the grass as a farmer. This meeple has now claimed this pice of landscape and when that area is complete, that meeple scores points for its owner. When the meeple scores points, it is returned back to the owner to be played in a different area.

We love this game because it is simple to play and is so much fun! When building out different landscapes and seeing your kingdom grow, it’s a great feeling. Just make sure you are strategic as to where you place your meeples and which tiles you are connecting!

King Domino is a fast paced, fun to play game that is also pretty easy to learn! It can be played with 2-4 players in under 20 minutes. It cannot get better than that.

Kingdomino consists of awesomely artistic game tiles that resemble dominoes as they have two different sections on them. In this board game, you are a lord seeking new lands in which to expand your kingdom. These lands include wheat fields, lakes, and mountains. Players must use strategy in order to spot the best plots, while competing with other lords to acquire them first.

Each turn, each player will select a new domino to connect to their existing kingdom. They must place their lord on that domino in order to claim it on their turn. When placing dominoes in their kingdom, players must make sure at least one of its sides connects to a matching terrain type already in play.

Strategy comes into play as the order of who picks first depends on which tile was previously chosen, with better tiles forcing players to pick later in the next round. Therefore, you do not want to always pick the best domino, because then you will be forced to pick last the next round.

The game ends when all of the dominoes are exhausted from the pile. Points are counted based on the number of connecting tiles and valuable crown symbols within each player’s kingdom.

Lost Cities is a card game for 2 players that can be played in about 30 minutes. The object of the game is to gain points by playing different types of cards that will mount archaeological expeditions to different site. These are represented by the colored suits of cards.

Cards played to expeditions must be in ascending order, but they need not be consecutive. Handshakes are considered lower than a 2 and represent investments in an expedition. Thus, if you play a red 4, you may play any other red card higher than a 4 on a future turn but may no longer play a handshake, the 2, or the 3.

The game continues in this fashion with players alternating turns until the final card is taken from the deck. The rest of the cards in hand are then discarded and players score their expeditions. Each expedition that has at least one card played into it must be scored. Cards played into an expedition are worth their rank in points, and handshakes count as a multiplier against your final total; one handshake doubles an expedition’s value, while two handshakes triples that value and three handshakes quadruple it.

Expeditions start at a value of -20, so you must play at least 20 points of cards into an expedition in order to make a profit. If you are left with a negative value and have a handshake, the multiplier still applies. A 20-point bonus is awarded to every expedition with at least eight cards played into it. A complete game of Lost Cities lasts three matches, with scores for each match being added together.

Lost Cities is a great card game that can be picked up and played in about 30 minutes, making it one of the reasons we added it to this list!

With Jump Drive, it’s time to race for the galaxy! Players must work to develop new technologies and settle worlds to build a space empire. Advance through the game and find winning card combinations to become victorious

We love Jump Drive because it is a fast-paced card game that introduces players to the Race for the Galaxy universe. Can you build the most prosperous galactic civilization?

If you are familiar with the board game, Race for the Galaxy, you will find that Jump Drive is a simpler and shorter game for those who are looking for something different.

We enjoy playing Jump Drive and feel as though new players will find it easy to learn and fun to play!

So there you have it! The games listed above will be sure to provide easy and fun games for your next game night. We hope you enjoyed this article on the best board games and card games that are easy to learn and play in under an hour.

If you have any questions or suggestions, please be sure to leave them in the comments below. Happy Gaming!